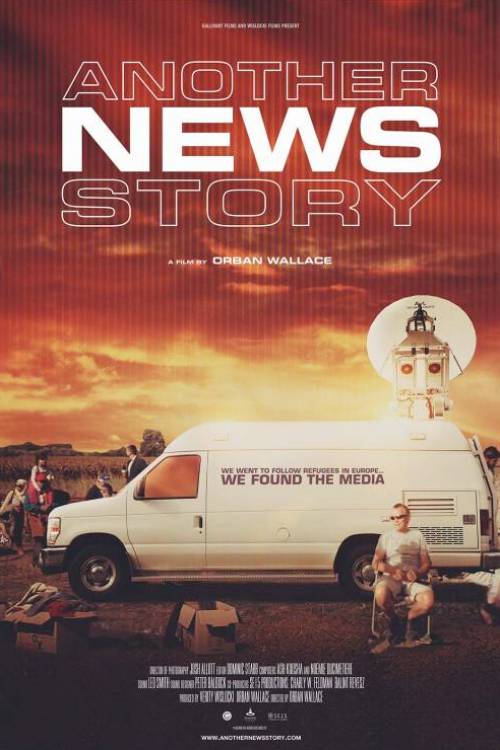 ANOTHER NEWS STORY takes a fresh view of the European refugee crisis. The film opens in 2015 Greece as refugees arrive on the idyllic island of Lesbos and follows refugees into Hungary and Croatia and across Europe to a hoped-for sanctuary. The film chronicles a journey beset by physical deprivation and danger, bureaucratic and political obstacles and thousands of miles of uncertainty. As the refugees wind their way across Europe they are accompanied by a pack of fellow travellers – reporters, camera-operators, producers and news vans. As he too travels alongside the refugees debut British director, Orban Wallace, turns the camera in a new direction: the world’s 24-hour news gatherers in pursuit of the breaking story.

Along the way Wallace meets the people both sides of the camera capturing the highs and lows experienced by the refugees and press. Mahasen is a Syrian woman making the long journey alone to Germany. Separated from her family and home she bravely faces daily challenges in the hope of reaching Germany where Angela Merkel has promised refugees will be welcomed. Bruno is an experienced TV news producer accompanied by cameraman Jonny, they go from assignment to assignment, country to country as the news agenda demands. Wallace trains his lens on Bruno, Johnny and their fellow journalists as they file their stories on the unfolding humanitarian tragedy.

In today’s chaotic era, what is the “who, how, and why” of the 24-hour breaking news cycle as it relates to global conflicts and crises? “Sometimes you feel you’re making a noise, but not helping really,” laments Lorenzo over the sensationalised treatment of human misfortune; he’s one of those who, in the months’ long hunt for fresh information, accepts a nomadic lifestyle. When faced with immeasurable suffering, how do they balance their humanity with professional objectivity and the day to day mundanity of their jobs. Is it possible to walk the line between a good story and sensationalism? Or, glazed, do you just go after another news story? 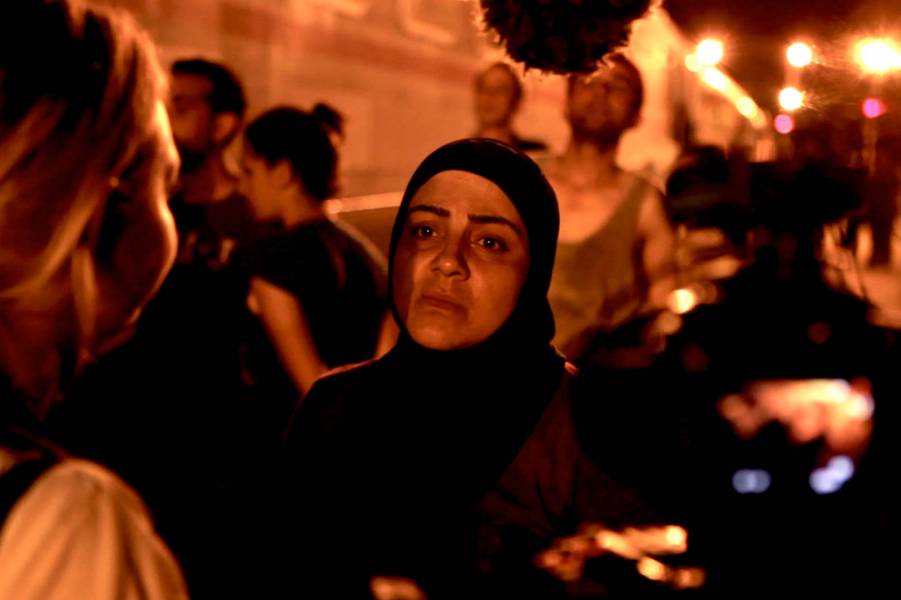 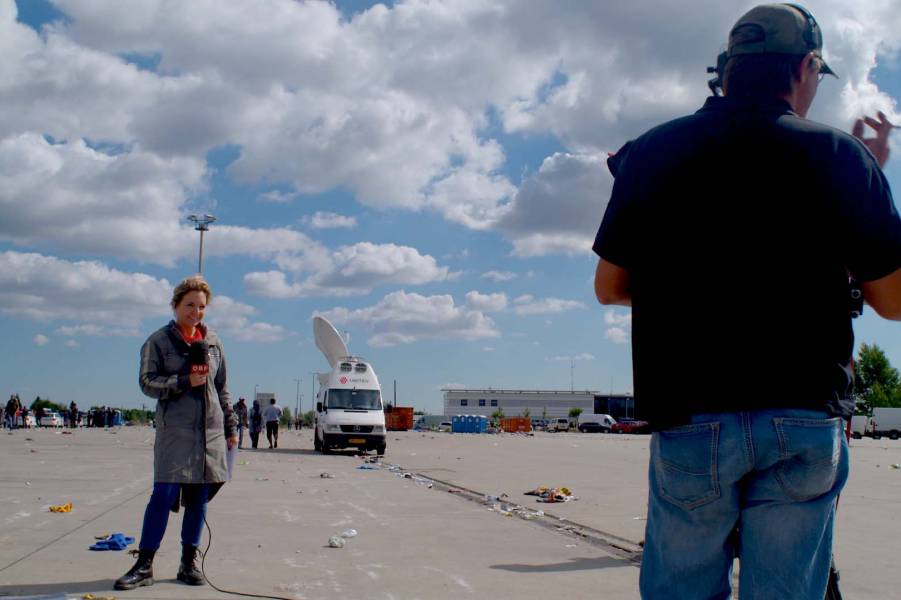 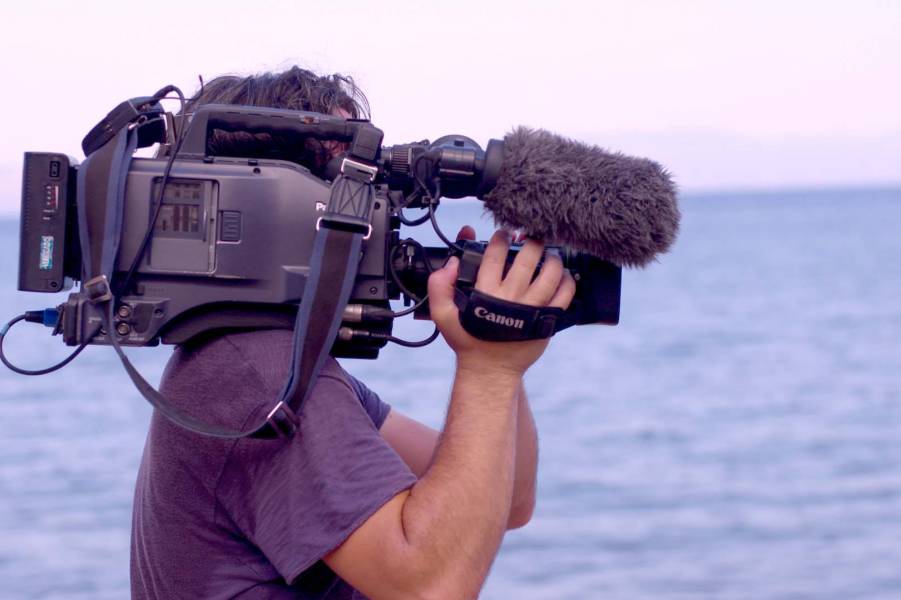 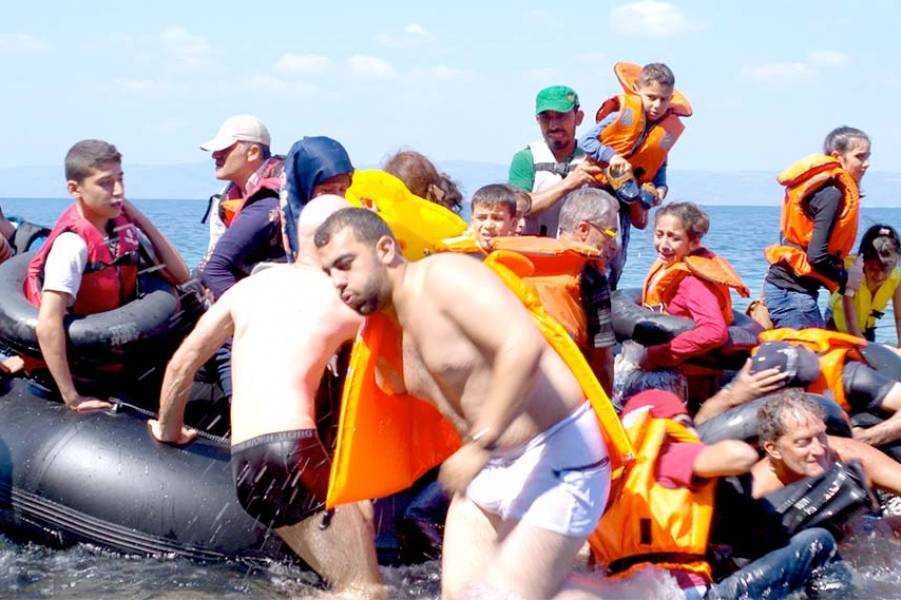 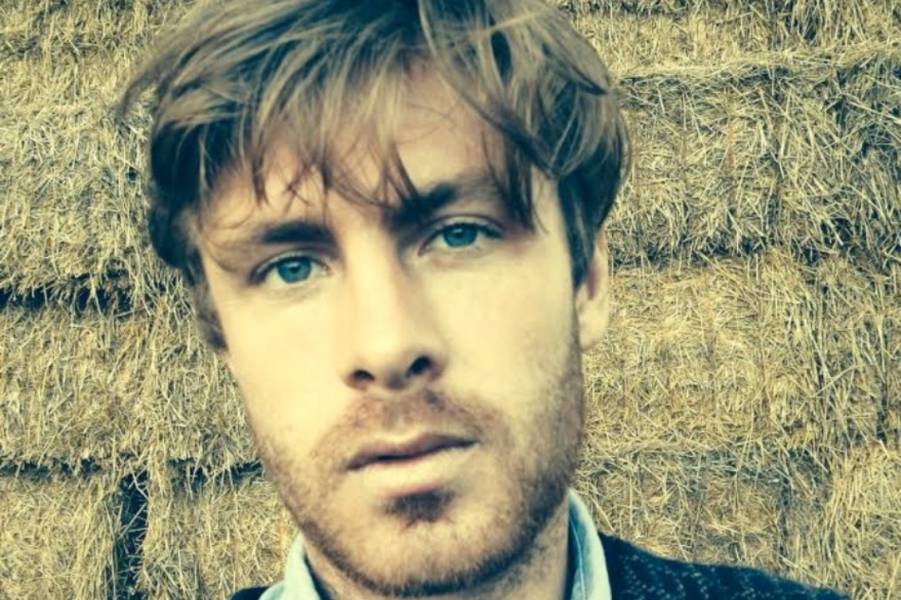